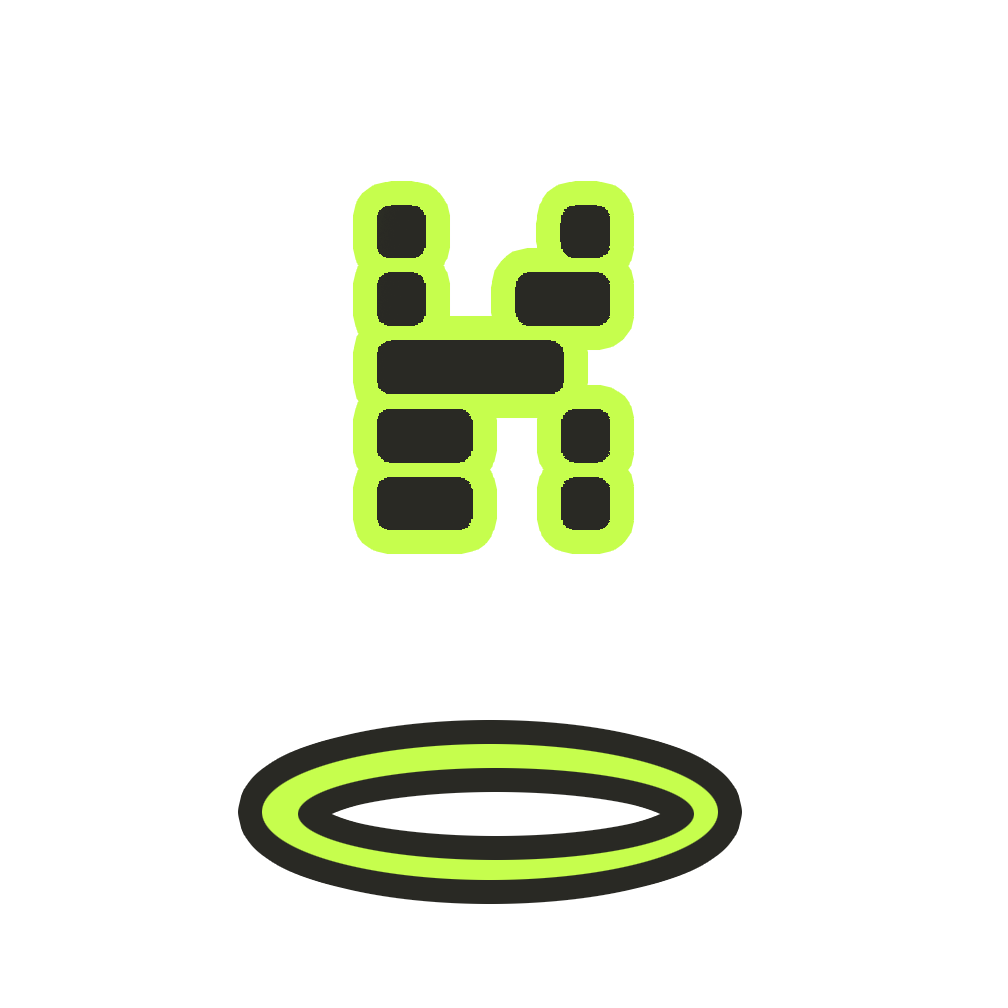 Three days ago, IAAF announced a new (problematic) gender testing policy which sought to regulate Female athletes with high testosterone levels. From November 1st, Women wishing to compete in the 400m, 800m & 1,500m with recorded testosterone levels greater than 5 nanomoles per litre of blood (nmol/L) will have to take hormonal contraceptives to reduce this to an “acceptable level”. If they refuse, the Women can either compete as Men or forfeit competing internationally as a Woman.

It just feels like this new rule has been put in place to target Caster Semenya because for some strange reason, high testosterone levels only impact athletes competing in her specific events. IAAF even released a study last year stating that Women with elevated testosterone have the highest performance advantages in the Hammer Throw & Pole Vault but these two events are missing from the new policy. Mmmmkay. Anyway, this has been 9 years in the making and we all know the history so I’m not going to bother regurgitating. Instead, I’ll focus on three areas that have helped shape my opinion: whether Caster Semenya has an unfair advantage; if there are any racial biases; and whether this decision is ethically correct.
So let’s get into it.

Unfair Advantage?
What the IAAF have essentially done is conclude that there is a direct relationship between increased testosterone levels and athletic performance, thus any Woman with high levels of testosterone will have an unfair advantage over her competitors. This rests on the assumption that Women have identical responses to the same amounts of testosterone (which isn’t true, but that’s fine!). My main issue is IAAF are focusing all their attention on Hyperandrogenism alone when there are many other biological/genetic variants that provide elite athletes with a competitive advantage. For instance, there are endurance athletes who have high red blood cell mass which increases their blood oxygen carrying capacity. Is this not a competitive advantage? What about lung sizes? Height? Muscle strength? Even in Basketball, hormonal conditions such as Acromegaly leaves athletes with freakishly large hands and feet granting them a competitive edge. We really need to delete the notion that Sports can be a level playing field for all because there are just way too many factors to try and control.
Oh and since we’re talking about unfair advantages, I’d like to know whether IAAF are also sanctioning Male athletes with elevated testosterone levels? For context, the average Woman has between 0.12 – 1.79 nmol/L of testosterone in her blood, whilst Men have between 7.7 – 29.4 nmol/L. Caster Semenya is said to have three times the level normally present within the average Woman but what measures are in place for Men who have testosterone levels greater than 29.4 nmol/L? Or do we only care about Women, Sebastian Newbold Coe?

Racism?
The picture used in this post is from the 800m Final at Rio 2 years ago, where Caster Semenya took the Gold medal ahead of Francine Niyonsaba and Margaret Wambui. This was a defining moment for me because it was then that I realised everyone was mad.
You had Lynsey Sharp, who came in SIXTH, crying on camera because the race was too difficult. Then BBC’s very own Phil Jones called the hug between Lynsey and Melissa Bishop a “hug of unity” ……….. unity of what please? Mediocrity? Let me not even digress. I brought this moment up because that is when the media started speculating that Niyonsaba & Wambui were also intersex athletes. I honestly have no idea where these rumours came from but it became clear that they were being judged solely on their physical appearances. Nigel Levine even came to open his mouth to congratulate Lynsey Sharp for coming “3rd”, insinuating that Niyonsaba & Wambui should not have been awarded medals along with Semenya. Meanwhile, behind closed doors, Nigel was stuffing his face with PEDs. The audacity.
I believe the exact same thing happened to Semenya in 2009 though. Her masculine build and margin of victory over the field in Berlin made people question whether she was a “real” woman because her body goes against society’s idea of femininity. Female athletes are supposed to have slender figures, cute faces and delicate voices, anything outside of this is your own personal problem. People began to imply that her stellar performances were not as a result of years of hard work and dedication but because she was a man, and this was before any test results got leaked. The racial undertones in the words used to describe/insult Semenya by the media started to become more apparent as they compared her body to other white athletes. We’ve seen this before though, with Serena Williams. Serena’s body has been the topic of pointless discussion for years and TV presenters have been fined for referring to her & Venus as “the scary Williams brothers” but I am yet to see anyone comment on the physical appearance of Samantha Stosur with the same level of vim.
Even with sponsorships, someone of Semenya’s calibre is supposed to be the face of all kinds of brands but she isn’t. She continues to struggle gaining corporate sponsorships because she doesn’t fit the mould and they say it’s because she’s “too controversial“. But is Brittney Reese controversial? Brittney has an Olympic Gold, four World Championship Golds and three World Indoor Gold medals to her name but somehow Darya Klishina has managed to secure better sponsorship deals. Darya is even Russian, a country full of top top dopers, a country that is still banned from Athletics to this day. This isn’t controversial at all then because Nike and Seiko have no issues aligning themselves with Darya. Please, abeg, when are we going to start calling a spade a spade?

Ethical?
Since gender testing became mandatory in the 60’s, IAAF & IOC have subjected Female athletes to degrading and invasive procedures which violate their human rights. Women used to have to participate in “nude parades”, where they’d walk out to a panel of doctors who would “inspect” them to confirm they were in fact Female. How we’ve gone from this to drugging Women is beyond me but all I can think of is how in somebody’s mind, this made sense.
Anyway, my ethical stance is based on a little experiment I carried out today. I visited my local Pharmacy to buy Paracetamol and for the first time, I decided to read the leaflet inside the box. Big mistake because it basically listed the 6 million ways I can die from taking 2 tablets. Small small Paracetamol uno. This made me think though: what side effects are attached to the hormonal contraceptives they’ll make Caster Semenya take? Have they truly put her health first? Have they considered how this could damage her psychologically and/or emotionally? This is where I struggle because I don’t even think they care. It’s also important to note that Semenya will be expected to maintain her testosterone levels in the off-season too, meaning her life will never be the same again if she wants to continue competing internationally as a Woman. I honestly don’t think IAAF have the right to drastically change someone’s life like this. I just don’t.
So yeah, I think it’s important we all stand by Caster Semenya on this one. We can’t keep letting them attack her when she has done nothing wrong. And now that IAAF suddenly care about confidentiality, other athletes facing the same fate as Semenya will be afforded a level of privacy she was robbed of in 2009. So she’s going to continue being vilified in the media as the face of Hyperandrogenism.

This is not okay. Leave her alone.

Lillian Okolie
Over the years, I have found mainstream media to be quite bias in their reporting of major Track & Field topics, so I started Track Life to provide a more balanced and informative view, especially for those who may not follow the sport religiously. 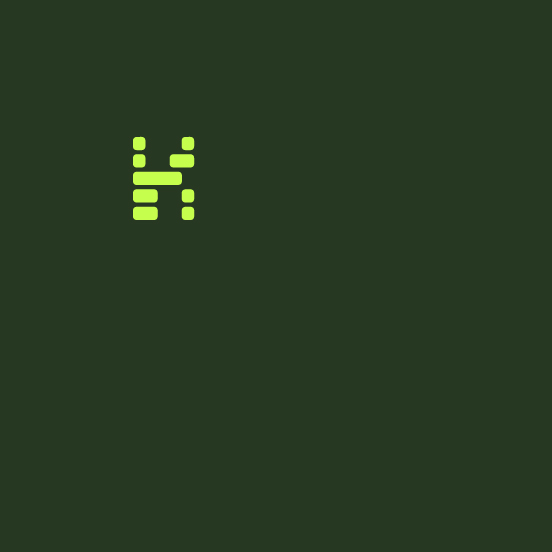 KMTRX News! Keeping you updated with the latest issues and hot takes. Follow us on Twitter for live news. #kmtrxnews

For faster login or register use your social account.